The 3 Social Media Hacks I Use for 1,000 App Signups a Month 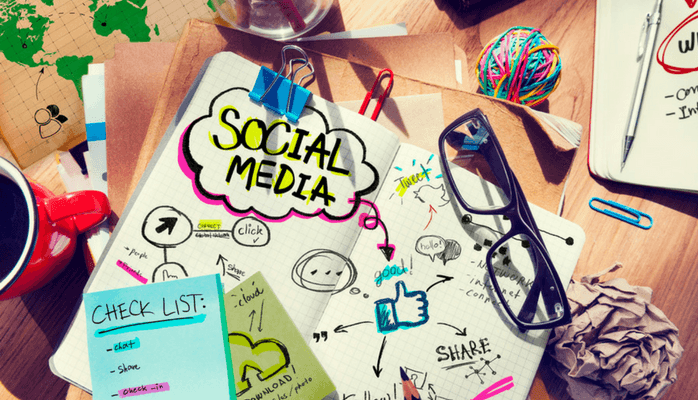 Yes…the exact same social media hacks I've personally used – if you’ve ever searched for info on getting app signups, prepare to be amused!

Google will come back with all kinds of varied and silly answers from “retargeting” and “going viral” to running Facebook ads and using content marketing to build your list.

I mean, sure… this stuff could help… I guess.

But for those of us in the early stages of our businesses, these methods don’t garner very impressive results. (I speak from experience.)

Thinking there had to be a better way, I started looking for outside-the-box growth strategies for my own startup, Kollecto. My team and I tried several different strategies, testing to see what got results.  And using a few social media hacks we stood out from the crowd.

To give you an idea of what worked during our social media hacking adventure, and what didn’t, here’s what happened as we aimed to get 1,000 signups a month.

If you said web traffic, you’re absolutely right. That’s why my main priority was to increase our traffic as much as possible.

Using Socedo, an amazing marketing tool, we went from about 1,000 visits per month to nearly 10,000. And it only took a few months!

In Socedo, we targeted people using specific keywords on Twitter.

“Went to the art museum”

“At the art gallery”

“Wish I could collect art”

Then Socedo combed through Twitter and found tweets with those keywords.

And then—and this is the interesting part—it followed the lead, added them to a special “art lovers” list and liked their tweet 24 hours later.

Then the tool sent the person a DM (like, “Hey so-and-so! Saw your tweet about art. If you want to know more about collecting, you should look at our Collecting School Program!” with a link) if they followed us back.

Using this method, we got a lot of traffic to our site, and went from just 1,000 views a month in December to about 10,000 just four months. And it was almost all from Twitter and Pinterest! (I’ll cover the Pinterest part further down in the post.)

Here’s a breakdown of what exactly was happening:

HEAD’S UP: If you want to up your own traffic, I’ll be offering a SuperClass Webinar later on with all kinds of cool stuff, including what Socedo strategies helped and what didn’t.

I’ll also cover my review of the tool itself versus other similar marketing tools that are available, another trick that boosted our results, and much more! Learn more about the SuperClass Webinar

So we had a bunch of art lovers going to our Twitter page but didn’t have a way to convert them or anything for them to click!

Luckily I came across a Pat Flynn podcast about maximizing your content reach that gave me an idea and shared it at the next team meeting. We gave it a shot for two weeks.

But before we started, I had my team also check out the podcast, Garrett Moon on the SPI Podcast. My stroke of insight hit me at minute 26:35.

We also read Gary Vaynerchuk’s Jab Jab Jab, Right Hook collectively as a team. If you haven’t read it, do it now!

Among other things, it’s super helpful when it comes to connecting with your customers on social media. We turned it into a type of book club and had a lot of fun talking about the ideas and how we could apply them.

Then we pre-planned 25 tweets every day for two weeks (yikes!), each with a link to one of our blog posts. It seemed like an awful lot of tweets, but we remembered the fact that people generally spend about 13 minutes a day on Twitter, so if we weren’t posting often, the chance they’d see our tweets was low.

And even though writing 350 tweets wasn’t a piece of cake since each was unique, it was well worth it.

The outcome was amazing!

Prior to our crazy experiment, we had monthly averages of 267 link clicks, 400 retweets, and 540 likes.

That means that we didn’t multiply our traffic by just 3 or 4 times… It went up 13x meaning we had 13Xs more people visiting our site.

And the best surprise was it wasn’t too hard to maintain. Even though we couldn’t feasibly create 25 tweets a day, we DID start using a software program called Meet Edgar.

With Meet Edgar’s help, we were able to collect all our greatest tweets and then repost them via a calendar.

Because we had more than 300 unique tweets, a lot of our followers hadn’t seen them all.

Meet Edgar made it easy to set a schedule of tweet released using a collection of your best tweets, and it randomly grabs them and posts at your scheduled time.

With Meet Edgar’s help, we could totally automate and replicate the success of our two-week experiment to keep our Twitter activity at top level.

Between Meet Edgar and Socedo, we upped our site’s traffic nearly 900% in no time at all.

Now that we had some traffic rolling through, we focused on one more approach.

Woo hoo! We’re on the last hack! But, there’s something we haven’t gone over yet…

To be totally honest, paid ads give me the heebie jeebies, whether it’s for Facebook, Google Adwords, or Twitter ads. It looms as this monstrous, money-gobbling black hole where nothing much happens unless you’re blowing 10 grand a pop.

I certainly didn’t have that kind of money and was wary of running ads without knowing I’d get some return on them.

So guess what I did?

That’s right, I went digging again. This time, I was searching for some unique ad strategies and came across Pinterest.

Now just hold up—before you start judging, here, I have to tell you something.

I figured Pinterest was only fitting for us because of the fact that we had a fledgling art business, which means it was more visually based.

I gave Pinterest ads a try for a very non-visual topic just to see what would happen. After running ads for the  Apps Without Code Bootcamp, I was shocked to see they did better than my Kollecto ads!

So this is what I figure happened…

But only a few of those same people are running Pinterest ads. And since platform ads depend on bids, we could get a LOT more bang for our buck on Pinterest since there weren’t as many people around to outbid us.

We created a method by subscribing to Twenty20.com so we had some quality stock images that were very Instagram-esque. Because Pinterest is big on visuals, we wanted to make sure we had killer pictures.

Then we cropped or edited with Canva.com and had awesome photos to share.

The only drawback was how pricey Twenty20 was, even with their secret startup plan, so we had to make sure we had a solid plan in place before we joined.

We started implementing our ideas on Pinterest and found that keyword targeting worked much better than just banking on interests. So instead of targeting Pinterest’s categorized interests like “art” or “fine art,” we focused on keywords like “street art” and “Bansky.”

The best mix seemed to come from mixing more general keywords with more specific ones and skipping the interest bit altogether.

We also made another interesting discovery—the vertical pictures drew more attention than the horizontal. So, we made a point to look for more “portrait”-type images but sometimes used Canva to adjust really awesome landscape types.

Even though we’re still in the testing phase with Pinterest, so far it’s performing better during the afternoon and evening hours. I’m guessing that’s thanks to people having more free time to browse.

One more thing to keep in mind, keep your sense of humor! People LOVE a chuckle, and one of our most popular pins was a bit off-the-cuff. But it was well received.

With a meager budget of $10 a day, our user signups DOUBLED. Before with just Twitter, we averaged about 540 per month. After a month on Pinterest, we were at about 870. And after two months, we hit an average of 1,115 signups per month.

And the best part was the idea that outside-the-box strategies pulled it off!

I have to share one thing that had a really big impact on our Pinterest success. We sent all our Pinterest traffic to our Engineering as Marketing, a program focused on building mini-apps for marketing and lead generation. It basically helped us convert all this traffic into actual app users.

We used a mini-app landing page that did an insane job of converting new leads.

But when I first mentioned the idea to the rest of the team, they weren’t convinced.

However, when the results were AWESOME, they quickly changed their tune.

By the way, I’ll be telling you more about the mini-app landing page method in the Webinar SuperClass.

Or, you can just join my email list and I’ll send you an update on it when I post my next blog entry.

Well, you made it through all that info – congrats!

And, crazy as it sounds, I actually left out a lot of details and info. But, like I mentioned earlier, you can hop on my Webinar SuperClass to find out how you can increase your own website traffic and signups 10x over!

I’ll give you my implementation checklist, the details on our Engineering as Marketing project, five steps for creating a mini-app for your own startup, Socedo/Pinterest strategies wins and fails, tips on hiring a VA to help, what I wish I had known and all the metrics and split testing info so you don’t waste time figuring that aspect out. Reserve your seat here

Tara Reed is a non-technical entrepreneur who creates software startups without using code. Before launching her business, Tara’s experience included running marketing initiatives for Google, Foursquare, and Microsoft. Although her work with tech companies made her familiar with technology, she isn’t an engineer or developer, and she built her first app in 2014 in just a few months, without writing a single line of code. A couple of years, thousands of dollars in revenue, and a TED talk later, Tara realized that other non-technical entrepreneurs wanted to be able to do the same, so she began teaching them how to build apps without code.

"Launching a startup, it's practically guaranteed that somewhere along the way, you WILL fail. And sometimes, you need to turn the business upside down to find your way back." Tara Reed

We use cookies to track your browsing behavior on our site and to provide content deemed relevant to you. You can opt out by disabling cookies in your browser. To learn more, see our privacy policy.
To support this site and our team, we may earn affiliate commission or fees from products and services featured or reviewed. Learn More.

This website uses cookies so that we can provide you with the best user experience possible. Cookie information is stored in your browser and performs functions such as recognising you when you return to our website and helping our team to understand which sections of the website you find most interesting and useful.

Strictly Necessary Cookie should be enabled at all times so that we can save your preferences for cookie settings.

If you disable this cookie, we will not be able to save your preferences. This means that every time you visit this website you will need to enable or disable cookies again.