3 Bad Habits That Will Determine Your Success or Failure 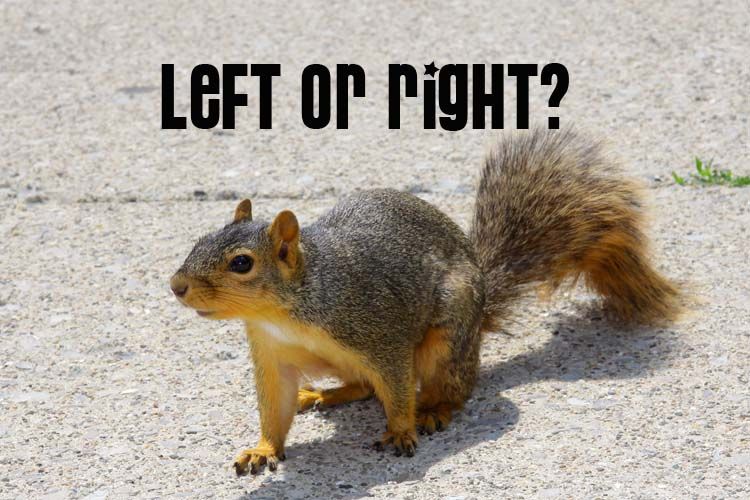 There are few things that frustrate me more than when I deal with business owners who are unable to make a decision.

I’m sure you can understand the frustration – especially during “event season” – when comments are made like, “no one commits to attending events until the last minute – it’s just the way it is.”

When I hear these comments, I just wonder how in the world a business owner with that attitude and those habits can expect to grow and profit in their business.

While having a discussion with another successful entrepreneur, we agreed that there are three bad habits that will determine the success or failure of business owners.

You’ve probably experienced these or maybe you even have these bad habits.

Incapable of Making a Decision

One area where I see this exhibited the most is in attending live events. I host these events regularly, and I consistently run into business owners that just cannot make a decision to attend a live event.

Now, the mind is a wonderful thing, and it works like this: ‘the way you do anything is the way you do everything’. If they cannot make the decision to attend an event, in what other areas are they indecisive?

Someone once said, “The lack of ability to make a decision is why there are so many dead squirrels on the road.”

Think about it for a minute. The squirrel’s indecisiveness has dire consequences.

Unfortunately, many entrepreneurs are guilty of the same thing. My team sees it all the time when talking to entrepreneurs about attending our events – should they or shouldn’t they attend?

We wonder what they are afraid of? What’s so hard about making a choice?

The inability to make a decision is more than frustrating; it is an enormous barrier to success. I often find myself having to teach my clients this basic skill when we could be working on other matters.

So what’s the bottom line? If you’re incapable of making a decision, just make one and see it through. “If it is a wrong decision, work to make it right” as my mentor, Larry Winget, would say.

Learn this one skill, and you’ll enjoy the relief of an enormous about of stress and anxiety.

Even though some may make a decision, follow-through is another issue.

I’m convinced we have an epidemic of commitment-phobic entrepreneurs. They commit to a contract, or attending an event, or working with a JV partner only to back out or not show.

This reveals that they lack professionalism and credibility. Both are incredibly important to your success as an entrepreneur and business owner.

Let’s take this a step further. When you fail to keep your word, it’s a slippery slope where you fall into the trap of unacceptable habits.

First, you lose the power of your word, and then you set low expectations for yourself. Eventually, you expect others to accept your sloppiness.

Step back and evaluate your business habits. Are you failing to keep your word? Are you credible in the eyes of your clients and customers?

If you have fallen into this trap, it’s time to pull yourself back up. Expect more from yourself – you deserve it!

I’m not going to lie. This will not be easy all the time. But it is worth it.

Besides, YOU made the decision to be an entrepreneur, so act like one.

Do you want to know what it takes to succeed? Be consistent with your strategy.

Really, this sums up what we’ve been talking about. Make a decision, commit to it and then deliver on it consistently.

Want to shoot yourself in the foot? Fail to be consistent.

You Can Determine Whether You Succeed or Fail in Your Business

While I may have been on a bit of a soapbox rant, I see this over and over with entrepreneurs struggling to build and grow their businesses. Frankly, I’m heartbroken from what I see when the solution is really very simple:

You have no reason to fail when you do this one step at a time. You can determine your success when you develop healthly habits.

What are you going to change this week to stop struggling at business?

Her newest book, ‘Business Gets Better When YOU Get Better!” will be released in the summer of 2017. ‘Stop Compromising and Make All the Money You Want” (A Do-it-Yourself Guide to Starting Up and Starting Over) was released in July 2013. She has also co-written ‘Leadership Gurus Speak Out!” contributing her wisdom and expertise in the fields of Human Resources, Sales, Marketing and Training.

Having transformed her life at age 57 from trash bag to travel in a private plane around the world, as well as taking her business from zero to close to a million dollars in less than 7 years are a direct result of her expertise in the area of mindset, marketing and money. She works with entrepreneurs around the world, including a mentoring project in both Johannesburg and Zimbabwe.

Pat regularly hosts a local TV show, ‘Wealthy Women Leaders’ – where she interviews successful, mature women entrepreneurs discussing the ‘good, the bad and the ugly’ of being in business. The intention of the show is to spark and inspire budding entrepreneurs.

She is very well known in the coaching industry for her skills and expertise in the areas of networking, marketing, time/energy management, life balance ……and her mantra is ‘it’s never too late’! It truly is about progress, not perfection as you create your ideal business to support your best life.

Her most important role, however, is that of grand-mother to 3 amazing young adults in Edmonton!

Small Businesses Are…Surprisingly Optimistic!
November 18, 2020
10 Tips For When You’re Feeling Overwhelmed
July 31, 2019
Reflect on Why You’re Grateful to be a Small Business Owner
February 6, 2019
I’m Fine, Thanks. Are you Settling for Mediocrity?
January 28, 2019
The 6 Secrets to Creating Strong Teams in Business
January 3, 2019